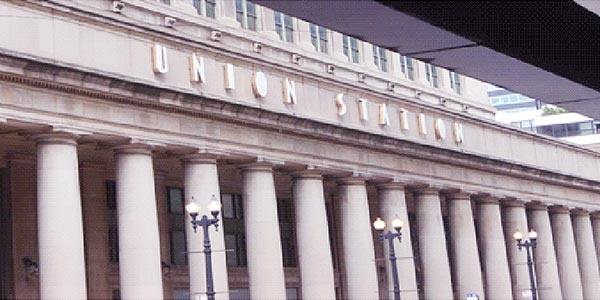 Fiber-reinforced polymers (FRPs) are good products to use for blast hardening applications. Extensive testing has proven their ability to improve the performance of existing structures under high pressure or blast conditions. The Union Station project was a partial renovation of the main train station located in downtown Chicago, Illinois. A new office area was being built that incorporated an existing part of the building. Due to the threat of an attack under this area, the existing slab was blast hardened using FRPs. This slab was a very small area and the substrate was concrete.

The Fyfe Co. design used two carbon layers applied unidirectionally over the entire slab surface. The surface preparation was done using hand grinders and some minor concrete repairs were performed prior to the installation of the FRPs. Sand was broadcast on the wet layup to enhance the bond for the future topping.

In summary, this was a good example of blast hardening or blast mitigation using FRPs. Other types of hardening would have certainly impacted the useable space of the building. The work was done quickly and within the schedule limitations of the project